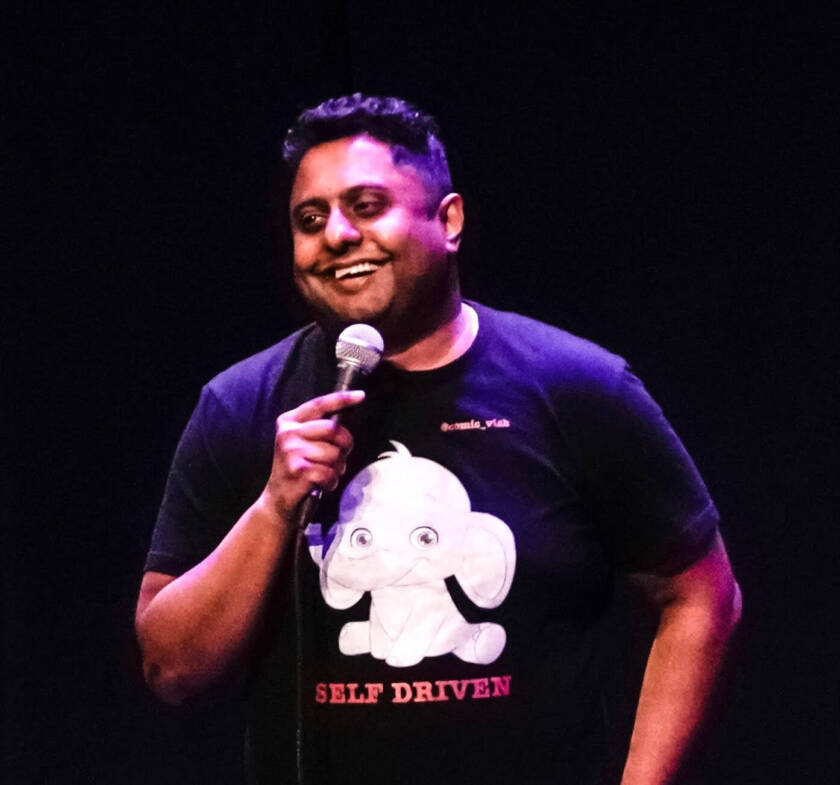 Vishnu Vaka is a Standup comedian performing all over America. He believes everyone should be happy. He has recently been featured for Pete Lee at Carolines, he has also written dialogue for two Telugu (South Indian films). He had been touring with Josh Blue for the past few years as the feature, they were doing the two men show.