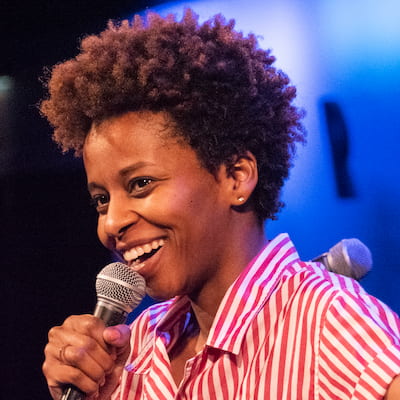 Sonia Denis is a New York-based comedian. Her stand-up can be described as idiosyncratic, frenetic and another cool adjective.

Sonia was named one of Vulture's Comics to Watch. She was a writer on Season 3 of A Black Lady Sketch Show on HBO. Her writing has also been featured in The New Yorker and McSweeney’s Internet Tendency.