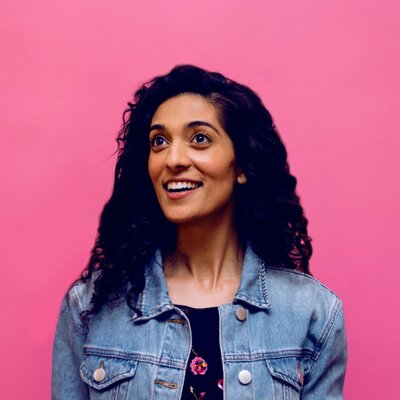 Sabeen Sadiq is a stand up comic, actor, and writer based in New York. Her comedy has been described as whimsically honest and even “I didn't think she'd talk about that” with topics ranging from her Muslim upbringing and family dysfunction, to being related to white people (surprise!!).Sabeen sadiq can most recently be seen as the lead in the digital series CODE SWITCHED. She has been on the road with Hasan Minhaj opening for him in several cities. She was also given a stand-up slot at the now cancelled San Francisco Sketchfest 2022. She was selected for a 2022 JFL New Faces stand up showcase in NYC and is submitting again this year. She tours nationally as a stand-up comedian on the festival and college circuit. She is fluent in Urdu, Punjabi, Potohari & Spanish.