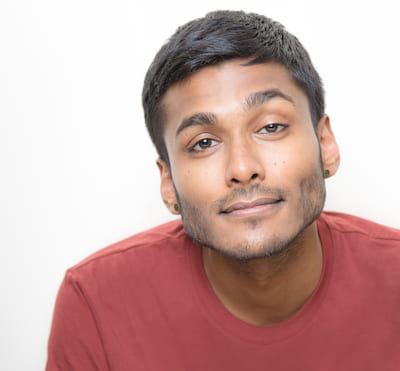 Usama Siddiquee is a Bengali-American stand-up comedian and actor based in New York. He’s the kind of comic you want to follow right now, so you can totally gloat to your friends about how you were totally into him before he got huge. And then they’ll get really jealous of your impeccable foresight and superior taste.
He made his standup television debut on BET's 50 Central. He has been featured on Showtime’s Desus and Mero, MTV’s News, and Bravo’s Cash Cab. He was a finalist for the 2017 NY's Funniest Competition at Caroline's; a finalist in the 2017 NBC Standup Competition; 1st place winner of the 2016 Laughing Devil Cup Comedy Festival in New York; the 1st place winner of the 2015 Yonkers Comedy Festival as well as the 1st place winner of the 2015 Make Me Laugh Albany Comedy Festival. Usama has also featured on videos for NBC, Buzzfeed, Refinery29, The Scene, Mic.com, FusionTV, and Huffington Post.