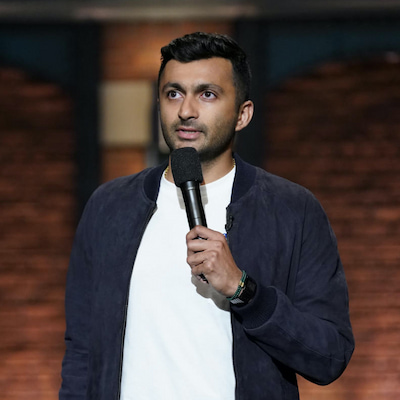 Nimesh Patel is an American comedian and television writer. In 2017, he became the first Indian American writer on Saturday Night Live.
After graduating from New York University's Stern School of Business, Patel began working during the day and performing standup at The Stress Factory by night. In 2016, he was a finalist in Kevin Hart's Laugh Out Loud Network Pitch Panel at Just for Laughs ComedyPRO.