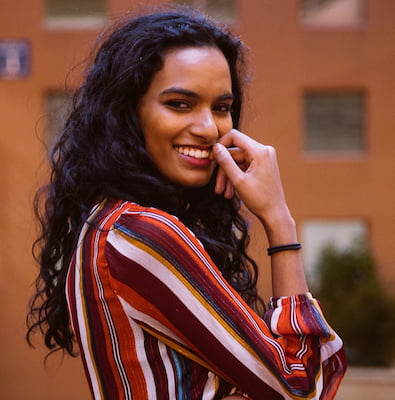 Abby Govindan is a 25 year old stand-up comedian and writer based in New York City.
Abby got her start in comedy at the age of 20, making her comedic debut at Caroline’s on Broadway in New York City in December of 2017. Within a year of pursuing comedy, she had a meteoric rise after she went viral on the internet for her sharp wit and comedic ingenuity. Since starting comedy, Abby has performed at venues all over the country and, in 2019, even toured as a headliner for several colleges across the nation while being a college student herself. In addition to this, she has also opened for comedy heavyweights such as Hasan Minhaj, Daniel Sloss, and Russell Peters.